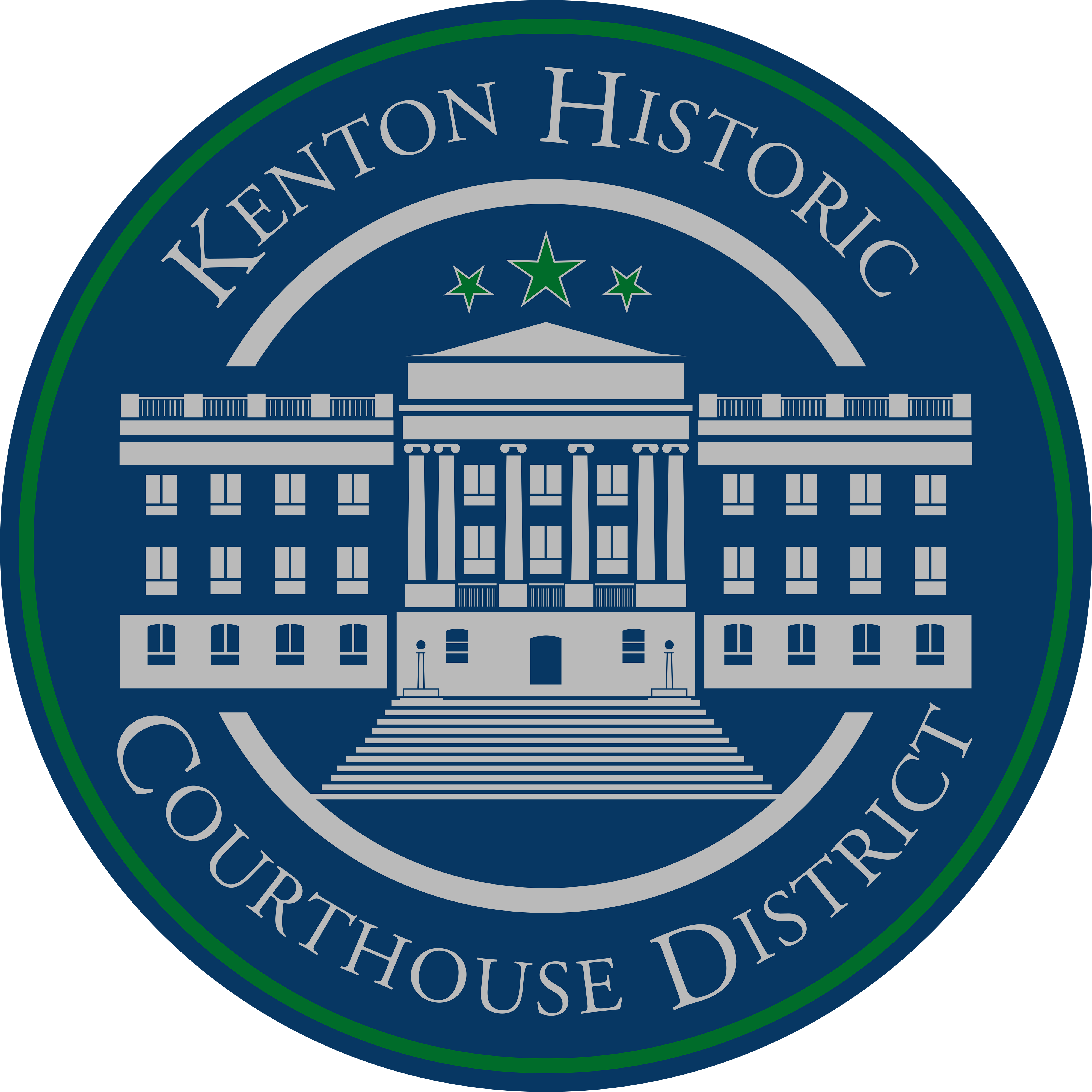 Kenton Historic Courthouse District Window Wonderland Kenton, Ohio (November 12, 2021) – Santa Claus is coming to downtown Kenton! The Kenton Lions’ Club Christmas Parade is scheduled for Tuesday, November 23 at 6:30 pm around the courthouse square in Kenton. Also planned for that evening is the Window Wonderland reveal and the lighting of the Hardin County Courthouse Christmas lights.

To kick off the evening, Kenton Historic Courthouse District Coordinator, Angela Aaron, will unveil this year’s Window Wonderland. Aaron has been coordinating a large group of dedicated volunteers to create a spectacular display of beautifully decorated windows and other decorations throughout the downtown for locals and visitors to enjoy. Over 26 windows are part of the display, along with 32 flower pots decorated for the holiday season.

The parade steps off at 6:30 pm, starting near the Mary Lou Johnson District Library at the corner of High and Columbus Streets. This year’s parade route travels west on Columbus Street, turns south onto Main, west on Franklin, then north on Detroit. This year’s parade features over 40 spectacular holiday floats and performers including local businesses and organizations, and youth and volunteer groups. Also returning this year are several crowd favorites: The Amazing Giants, Romick Railway, Dan Downs Reindeer, Zenobia Shiners Clowns, Elsa & Anna, the Grinch, and everyone’s favorite, Santa Claus.

After the parade, there will be opportunities to meet with many of the entertainers, take a train ride, and meet Santa in his red caboose on the west side of the Courthouse. A variety of food vendors will be set up in the downtown area, offering meals, snacks and treats. Many downtown merchants and pop-up vendors will be open that evening for those wanting to get a start on Christmas shopping. The Century 21 Sunway Realty will be sponsoring a Thankful Pumpkin Pie Giveaway at the Coterie. Shoppers can enter the contest by bringing their receipts to the Coterie on the corner of Detroit and Franklin Streets. Maps of available shopping, food and attractions will be posted around the downtown.

In preparation for the parade, there will be no parking around the square after 3:00 pm on the day of the event. Signs and traffic cones will be placed out the day prior as a reminder. Downtown parking will be available beside Twirl, next to the Kenton Theatre, under the Courthouse Annex building, and behind Liberty National Bank. Handicap accessible parking will be reserved in the City Building parking lot on Main Street.

Up-to-date information on the parade and other events, and the form to enter a float in the parade can be found on the Hardin County Chamber & Business Alliance website in the news section under the Kenton Lions Club Christmas Parade Float article: www.hccba.com/news. More information is also available on the Kenton Historic Courthouse District Facebook page, or by calling the Alliance at 419-673-4131.

Click here to view the shopping, food and entertainment map.